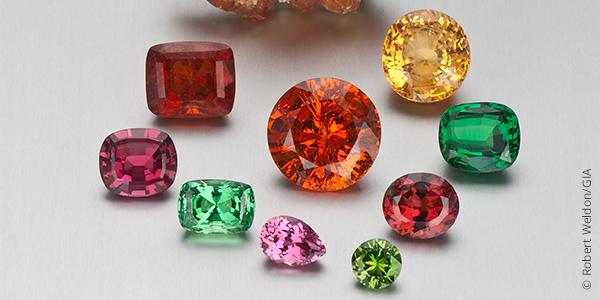 Garnet gemstones are among the most diverse of the gemstone groups, because it encompasses different species and varieties. Garnet varieties are extraordinarily diverse in color, and some rare varieties exhibit phenomenal characteristics, such as a star effect (aster-ism) or a color-change effect when viewed under different lighting. The deep, red varieties of garnet have been compared to pomegranate seeds, and in fact, garnet is a derivation of the word “pomegranate.”

Garnet is the January birthstone and may be celebrated in its many varieties, providing an array of choices for gemstone enthusiasts.